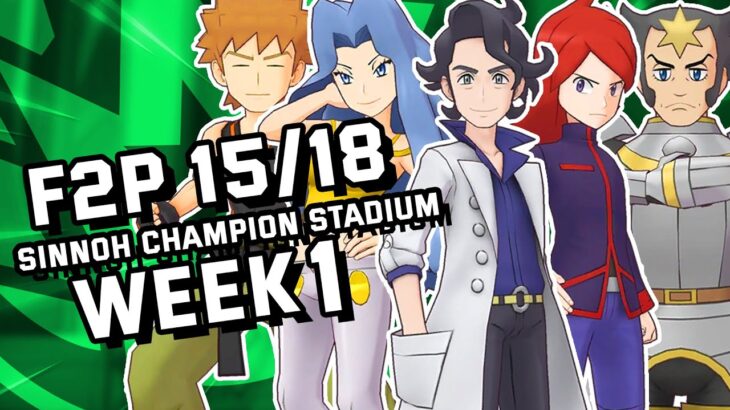 How to 15/18 types as F2P in Sinnoh Champion Stadium in Pokemon Masters EX.